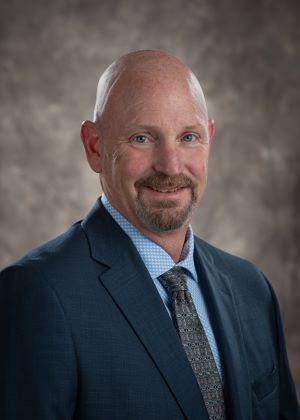 Stephen Stull, president and CEO of Nebraska Bank chartered in Dodge, was selected as Chair of the Nebraska Bankers Association during the Association's Annual Meeting on May 5, 2022.

Stull began his banking career as a teller at Western Bank in Alliance. He continued working in the industry while he studied business administration and finance at the University of Nebraska-Lincoln. After receiving his degree, Stull worked for various Nebraska banks, including Dakota County State Bank in South Sioux City, Bank of Bennington in Bennington and First National Bank in Sidney. From 1999 to 2009, he served as the chief financial officer for FirstTier Bank in Kimball. In 2009, he joined Banner County Bank in Harrisburg.

In 2011, Stull, along with his father, Richard, and brother Michael, organized an investment group to purchase Farmers State Bank in Dodge. Since that time, the bank has added five new branches and acquired two additional banks.