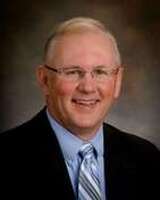 Kirk Riley, president, CEO, and chairman of the board of Waypoint Bank in Cozad, was selected as chair of the Nebraska Bankers Association during the association’s Annual Meeting. Riley succeeds Chris Hove, president and CEO of Nebraska Bank of Commerce in Lincoln.

Riley has taken an active role within the Association, serving on the Board of Directors, Executive Committee, Government Relations Committee, BankPAC Committee, and the Voluntary Employee Beneficiary Association Board of Trustees.

Most recently he has provided leadership to several local civic and charitable organizations, including the Cozad Hospital Foundation Board, Cozad Development Corporation Board, Dawson Area Development Advisory Board, Cozad Rotary Club and Dawson County Cattlemen Association.

Riley’s father, Jack, was president and director and his mother, Virginia, was a teller and bookkeeper at First State Bank in Shelton.